Login to My ivyO Portal

Welcome back! Please login with your email and password. 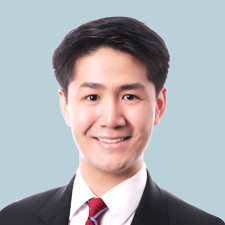 BCom, LLB(Hons)
Director
ivyO Foundation Limited
Driven by his intellectual curiosity, Edward has always appreciated the profound and far-reaching benefits of a great education. Yet, from an early age, Edward became acutely aware that life isn’t a level-playing field. His perception was shockingly turned into brutal reality during his travels as a young teenager across Asia, where he saw and felt the tragedy of child beggars. Some had one or more of their limbs forcibly amputated by criminal gangs. Others had no arm and no leg.
While Edward is well aware that there will always be pain, suffering and gross injustice in the world, he passionately shares in the belief that education remains one of the most powerful beacons in lighting the way for underprivileged students to a brighter future.
The pursuit of justice certainly played a part in motivating Edward towards his chosen endeavor of being a lawyer. He now practices as a commercial litigation solicitor in the Sydney office of HWL Ebsworth.
Over the years, Edward has been involved in various philanthropic initiatives collaborating with corporations and charitable organizations, including: a 6-month consulting project with PWC and The Hive, a Sydney-based community group focused on children’s preschool development in the Mt Druitt region; active involvement in the Smith Family’s “Student 2 Student” Program as a ‘Reading Buddy’ for students from disadvantaged, rural backgrounds in the State of New South Wales; volunteering at the Matthew Talbot Hostel for homeless men in Sydney’s Eastern Suburbs.
Outside of his life in the legal profession, Edward plays an important role as a Director of the ivyO Foundation. He brings to the table a deep commitment to building effective partnerships with schools, other charitable organizations and local communities. Above all, Edward diligently ensures that the work of the Foundation makes a positive difference to the lives of those students whom we serve.

Site built and powered by ivyO

For your security, a verification code has been sent to your nominated email address. Please check your inbox and enter the 6-digit code below:

If you don't receive the code, check your junk/spam folder or click here and we'll send you another one.

Your session is about to timeout

Due to an extended period of inactivity, you're about to be logged out.

Great! Looks like you want to sign up for the ivyO College Admissions Consultation and/or ivyO Workshops. You just need to ask your parent(s) to login, and they'll be able to do it for you.